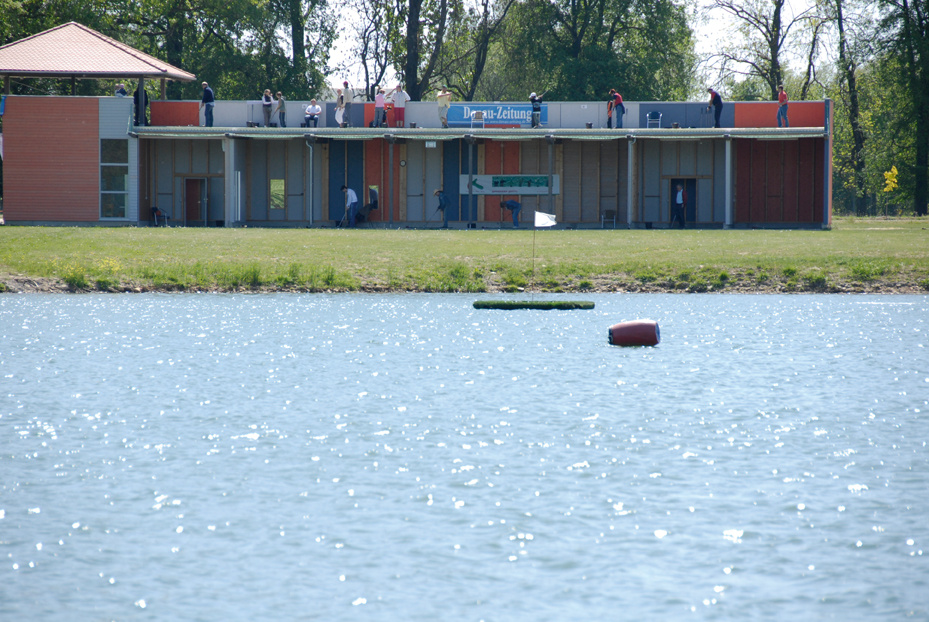 The new Golfclub Dillingen has a 9-hole course which is embedded in the natural landscape of the softly hilly Danube reed. For golfers the course is ideal for the first contact with the green because everyone is allowed to tee-off, pitch, chip and put in the Golfclub Dillingen. The course has a unique water driving range.

Visitors are welcome every day.
Membership of a golf club is not necessary. A valid handicap certificate or card is required.
Handicap limit: 54 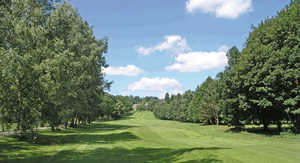 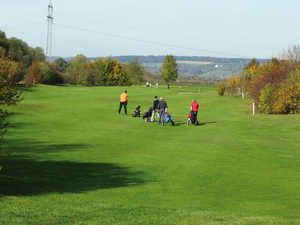 Journeys to golf courses are sometimes spectacular, sometimes strange. It goes over dirt roads, through woods and fields, or by a gravel plant such GC Dillingen. Finally, the parking is reached and already here we see in the place that it originated from a farm property..

Except for a few people to the place on 2 April was orphaned 9:15 pm as the reception and the local "Nusser Alm". Unfortunately you need for the "pull" of range balls a token, so the hammering unfortunately fell into the water. Speaking of water: The double-decker driving range ends after 50m in a lake. This is used to and very funny, because usually one avoids as golfers yes the water. As we were told later, one uses so-called here. "Floaters", ie the balls swimming in the water at the surface and can easily be fished.

After a short tour of the site, we decided one round on your own to begin the reception was still not open and an "honesty box" there is not too.. The place turns out to be easy to play, the tracks are only straight field segments without doglegs and only scattered bunkers. However, one should its drives can just play, because the fairways are quite narrow and lined with reedy habitats where unclean played balls disappear, never to return. The only Abschlaghügelchen on 8 offers the only "increase" in the otherwise flat pot space.

the webs are future probably 1 and 2 are a little more difficult, lane 1 defended by a bunker of the green in a direct line from the tee, path. 2 by installing a larger water hazard

After our first 9-round - the reception had meanwhile opened - we were praised for our fairness, the round of 15 Euro nachzulösen (Thank you, but that should go without saying). The second round was us then only charged 10 euros, so we paid just 25 euros per person.

The "Nusser-Alm" is a nice "Location" for in between or at the end of a day of golf, in warm weather beer garden.

All in all, we really liked the day, the average rating is due to the simple design of the course and the missing (for us) is a "tucking" by the unavailability of Bucket (eg from a change machine)

Been to Golfclub Dillingen Nusser Alm GmbH? Share your experiences!