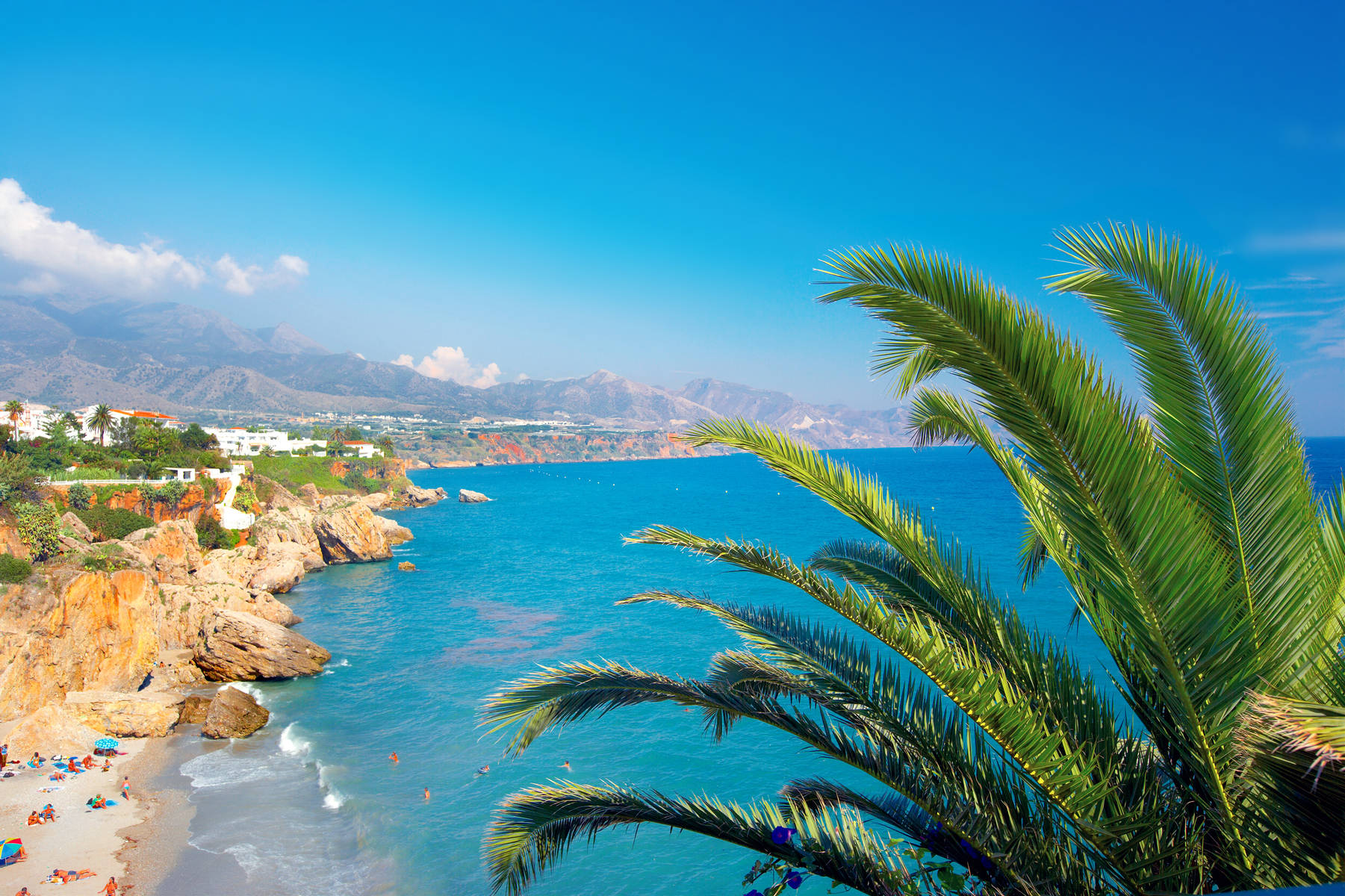 A direct link between Europe and Africa, and the place where the Atlantic Ocean meets the Mediterranean, Andalusia has been fought over by numerous cultures since the earliest times of civilization.

Andalusia covers 17.3% of Spanish territory, 87,268 km² in total, making it the largest single region, with an area greater than countries such as Belgium, Holland, Denmark, Austria and Switzerland.

In Andalusia, contrasts are the norm. The diversity of the landscapes which make up the region provides an entire spectrum: from the warm Guadalquivir valley, to leafy low mountain areas, from volcanic landscapes such as the Tabernas Desert to the white peaks of Sierra Nevada.Andalusia´s main river, the Guadalquivir,is a source of life all along its journey across Andalusian territory.

Within forty kilometres it is possible to travel from this alpine landscape to the tropical shores of the Mediterranean. The Andalusian coast, almost 900 km long, is home to a large number of towns and beaches, the delight of those who visit them.

At present, Andalsuia has 84 golf courses ranging from modest 9-hole ones to splendid top ones, as well as those adapted for amateurs and tourist golf. Most of them are in a perfect condition and prepared for welcoming visiting golfers. The great number and variety of facilities, the privileged climate, which allows to play all year round-, and the prestige of its golf courses have definitively made of Andalusia a first-call golf destination. 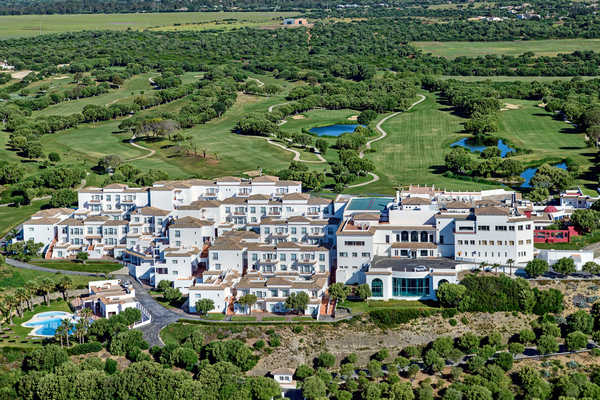 In one of the most attractive places in Europe, in the south of Andalusia, in the hearth of the province of Cádiz and a few kilometers away from Gibraltar and from the best beaches of the… 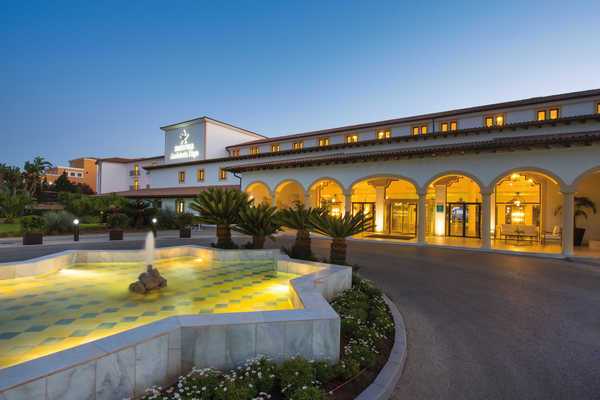 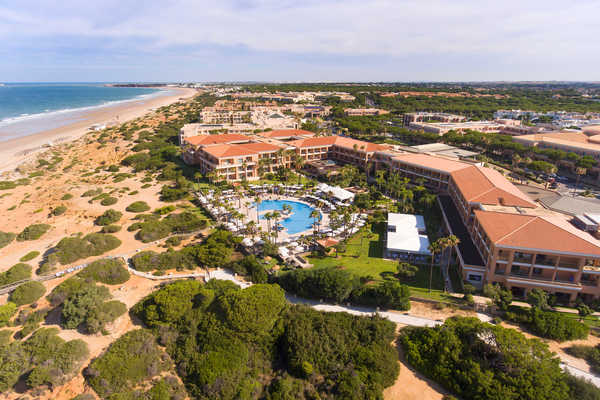 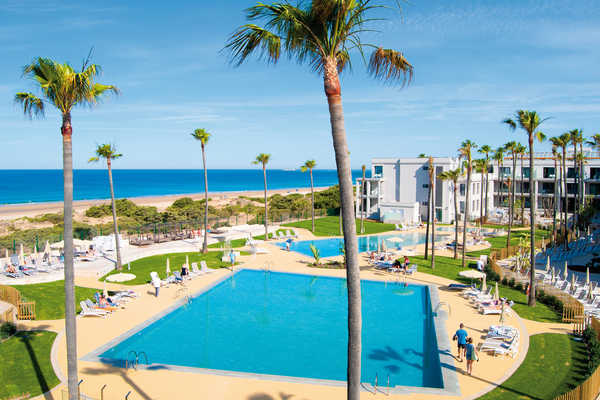 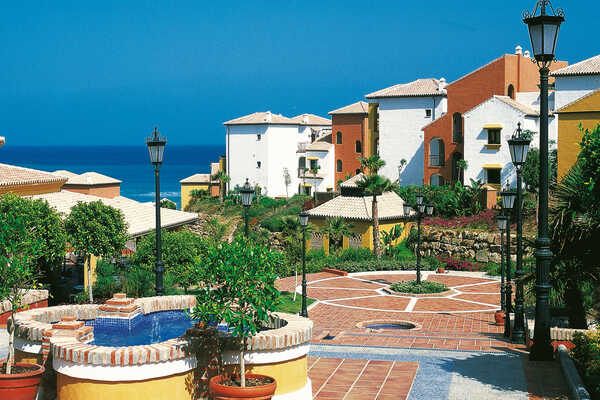 Located in the heart of the Costa del Sol, at the foot of the privileged natural enclave of Sierra Blanca, the Gran Meliá Don Pepe is the very best option for visiting and discovering…

Located in Isla Canela (Huelva),one of the most privileged residential areas and tourist destinations in Spain, in the municipality of Ayamonte, the Meliá Atlántico – Isla Canela is the…

The emblematic Hotel Los Monteros is located in one of the most exclusive areas of the Costa del Sol, just a few minutes from Marbella and Puerto Banus…

Set in a picturesque fishing village in Costa de la Luz, Precise Resort El Rompido is a haven of peace and beauty just an hour from both Seville and Faro airports…

Ideally located, the luxurious Kempinski Hotel Bahía Marbella - Estepona sits within 5 minutes from Estepona and a short drive to Puerto Banús and Marbella…

The Gran Hotel Elba Estepona & Thalasso Spa is a luxurious 5-star resort, situated directly by the sea and only a few minutes from the Estepona city center…

The Elba Costa Ballena Beach & Thalasso Resort is situated ideally in the urbanisation Costa Ballena, close to the beach and directly next to the 27+9-hole golf course Costa Ballena Ocean Golf Club…

Huelva, Islantilla Golf Resort is a leisure and relaxation centre for all seasons…

The Barceló Montecastillo Resort***** is an iconic hotel in the Jerez region thanks to the high standard of its facilities and to the elegant, simple design that distinguishes it…

Amàre Beach Hotel Marbella is a unique hotel in the Costa del Sol that brings together the perfect ingredients for a delightful stay: it’s an Adult Only hotel, located right on the…