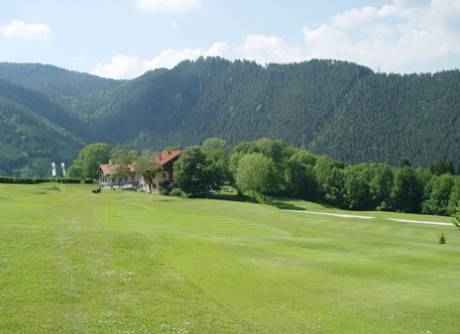 Already since 1926 you can play golf here in front of the imposing scenery of Rax and Schneeberg. The course, which remains in its origninal form, impresses with its unique mountainous topography. 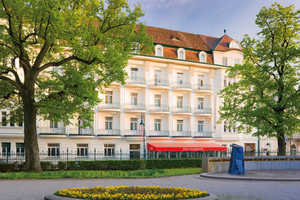 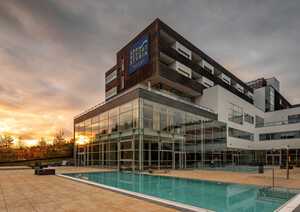 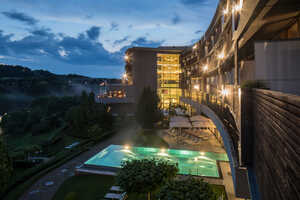 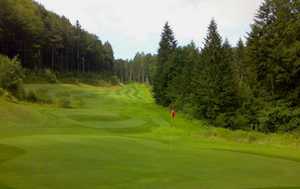 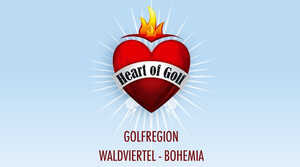 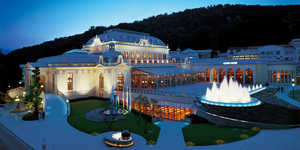 Golf course: Except for two very long par 3 (of yellow respectively over 200 meters) the courses are quite short. Often you have to beat over the top and play the greens blindly. You should play the course at least twice, because due to some parallel courses and only a water barrier (which hardly comes into play) one can risk more than it seems at first glance.

Conclusion: Even if it does not quite correspond to my ideas of a golf course, the oldest place in Austria (founded in 1926) is worth visiting not only because of its beautiful landscape.

Playful not very sophisticated (apart from the topography, there is hardly a straight state), but scenically nicely located.
Half of the greens not playable because just watered (at 9:30!).
When asked whether there a discount on green fees were a bit stroppy answer comes "of course not, they can use the few holes yes again play" ... unfortunately problematic if you have only one lap time!
Obviously forget that day guests are paying guests.
Not we, unfortunately - Reminiscent of the charm of the grumpy waiter in a Vienna trip Cafe .. ... you have to like!

Upon arrival you get the feeling that, that time has stopped here in a positive sense. As one of the oldest clubs in Austria and also due to the geographical features of each modernization attempt would be an enormous risk, in every respect.

The clubhouse and restaurant are from the turn of the century, the staff are extremely friendly. Practice facilities are available, but relatively far away -> you'd have to go by car, relaxed import before the round is not so.

The square itself has no bunkers, water is relatively rare. The difficulty of the course lies in the topography as well as the relatively small greens. Two thirds of the reductions carried out blind, in the first round of the course is almost unplayable.

Conclusion: Mir a modern golf course can not be compared, but somehow, not least because of the beautiful panorama, an experience.

Thanks for the nice article. A point is one but corrected: Since each player must be at Semmering golf course on foot, he is, of course, the perhaps 250 meters walk to the driving range! Putting and… More

Thanks for the nice article. A point is one but corrected:

Since each player must be at Semmering golf course on foot, he is, of course, the perhaps 250 meters walk to the driving range!
Putting and chipping green are right next to the clubhouse!