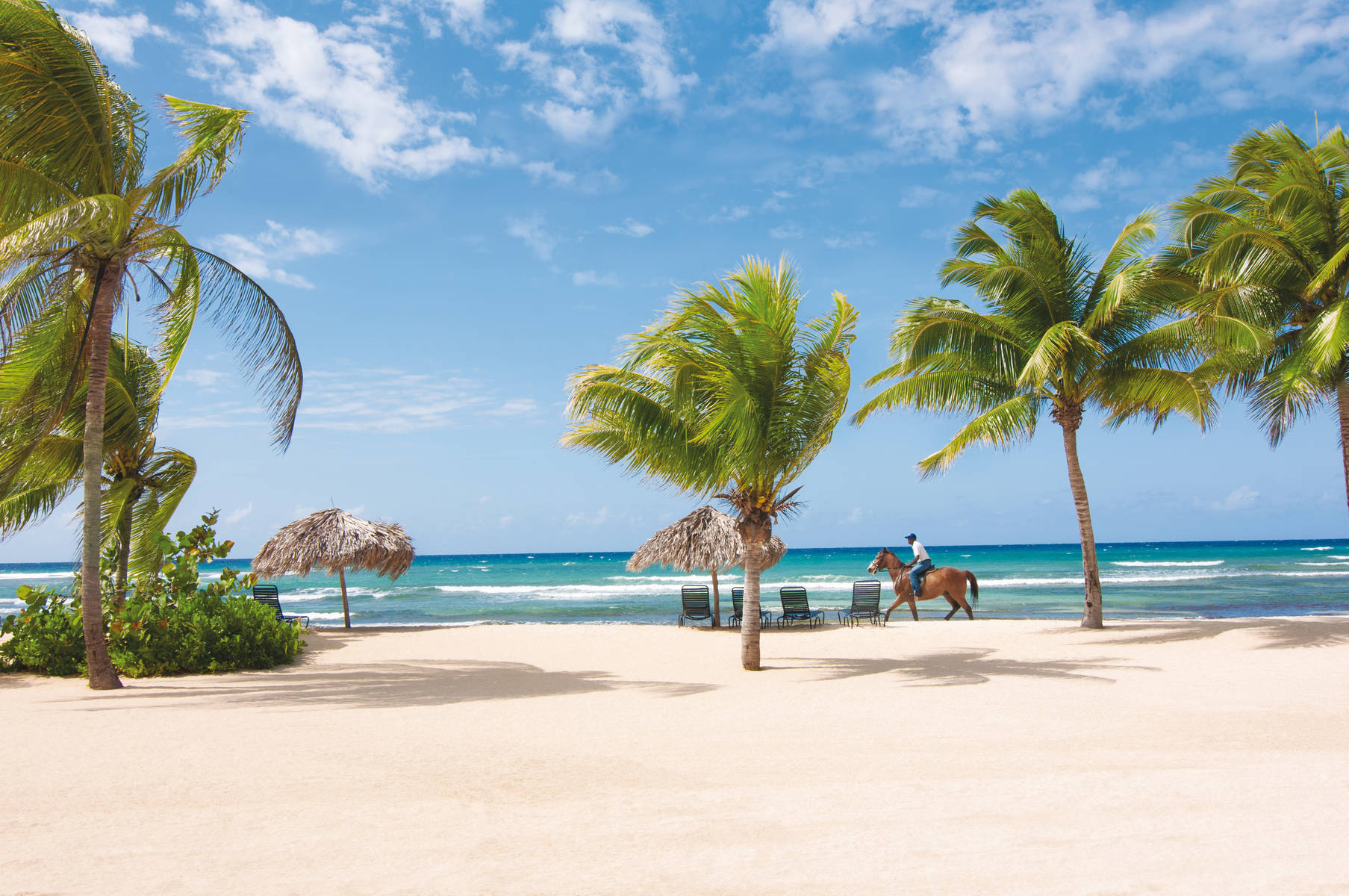 Dread locks, rum and reggae are today the most popular clichés about the third-biggest island of the Antilles. Even though today’s reggae is modernised with elements of rap and hip-hop, it still remains Jamaica’s export hit. Another one are the famous holiday towns on the island that all come up with different offers and can safe-ly be dubbed hot-spots.

Amongst them is the mundane Montego Bay with many good restaurants and the already legendary bar „Mar-garitaville“ and the cult beach „Doctors Cave“, the jewel of the northern coast Ocho Rios with the tourist attrac-tion Dunn’s River Falls, the Hollywood-approved Port Antonio in the east and the hip Negril in the west. The last one is a Mekka for dropouts and reggae-fans since there are beach concerts and parties every night on the 11 kilometre long beach- the Jamaican joy of life is included . We enjoyed the best sundowner on the cliffs of the West End in Rick’s Café, a stomping ground with a magical attraction for young and old. Also, there are many opportunities for sport, for instance golf in the Negril Hills Golf Club that indeed seems already a bit dus-ty, but that is situated nicely high above the sea.

If you drive south- it’s inevitable to rent a car- it becomes a lot more quiet and less touristic, except for the little holdiay village Treasure Bay, where you should try the best rum-cocktails from the surounding sugar cane plantation.To Kingston, the lively capitol city at the foot of the Blue Mountains, it takes about three hours- and good nerves. There are parks, museums, lively markets, of course the icon Bob Marley and also two golf courses, the Caymanay and the Constant Spring Golf Club, which was already opened in 1920 by a Scotts-man, the oldest course of the western hemisphere, the „Manchester Club“, is situated in the middle of the is-land and was already built in 1868 in the historic district of Mandelville. The 18 holes rank among the most popular ones of the island.

But we are attracted to the evergreen tropical rain forest of the Blue Mountains, where the best and most ex-pensive coffees of the world are planted on the neat terrace fields. At an altitude of about 1000 meters you find a resort that should be an absolute must-visit for all Jamaica-fans- the Strawberry Hill Resort of the

producer Chris Blackwell. You reside in white colonial villas in the middle of a blossoming garden and you can watch the lights of Kingston from the rocking chair- reggae included. There were many prizes for the active musician, whose selection of discs can be admired in the hotel, that motivated him to open three other hotels on the island- all with a different design.

Another fine little jewel on the northern coast near Ochos Rios is the Royal Plantation Club that meets, as a Leading Small Hotel with 74 suites, all demands of a five-star hotel. Actually perfect for honeymooners or stars like Robin Williams or Ben Stiller, but the common golf holdiay maker experiences the pleasant relaxation of a hot round of golf too. The choice for a round of golf is large: Directly next to it the 18 holes of the Sandals Golf & Country Club wait- a very cultivated holiday course with an old stock of trees, flame trees, hills named „the Monster“ or doglegs with the name „Boomerang“. It is closely followed in the west by the super club courses Runaway Bay, Golf Club Bravo and Ironshore Golf & Country Club. Shortly before Montega Bay there’s a who-le nest of 18-hole golf courses: the Cinnamon Hill, with fairways directly at the sea and in the hills of Rose Hall, an unique sugar cane plantation, where even Jonny Cash lived once, as well as the Half Moon course, rather flat and very neat with a white-tinted resort. The Monégasque family spends its Christmas holdays here every year. Last but not least, the piece of sugar for golfers- the White Witch Golf Course. The lady of Rose Hall, Annie Palmer, is said to have bumped her three husbands off and to now haunt here. But as difficult as the course seems at first glance as enjoyable are the tees downhill and as heavenly is the view from above on the Caribbean Sea with its whole range of tones of blue. Here you reside in style in the adjoining new Ritz Carlton Hotel which has enough quiet places even though there are a lot of American families who spend their holi-days here. The suites are elegantly and spaciously arranged and in the spa you can have your sun-damaged skin repaired again. The last highlight of this golf trip in Jamaica should definitely be the Tryall Golf Club that has already hosted several PGA-tournaments and has seen the best of the golfing scene. From the Round Hill Resort that was designed and frequently visited by Ralph Loren and celebrities like Harrsion Ford, Bruce Willis or Paul McCartney, it’s only a 10 minute ride with the shuttle. The caddy, who is customary here, greets you with a laughing „Yaman“ which means as much as „all right“ and according to that is the round of golf- without stress, with a grand view on the old Great House and the sea, palm tress, blossoming bushes, with Caribbean temperatures- what more do you want, golfer’s heart! 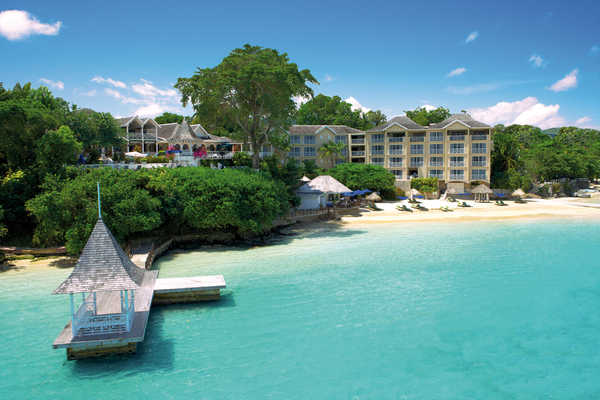