for The Gleneagles, Perthshire, UK

I've been to Gleneagles twice and on both occasions have had a fabulous time. Great golf courses and staff. Will be going back soon.

Great place in a fantastic landscape.

We played the Kings Course and are thrilled.
Unfortunately, the price is quite steep and you can play for the same money in Scotland 4 similar but less well-known places. Therefore a punk deduction.

What is offered here for 195 pounds is an impertinence: spoiled tea boxes, unkempt fairways and vermooste greens. No ranger far and wide to accelerate the cheery hackle, and as a summit a forced pause after the 10, which finally destroys a timidly emerging gamery. If you want to do a favor, go around Gleneagles extensively.

We have the PGA cents. Course played on 11/06/2016. Unfortunately, the place was in disrepair. The fairways were more brown than green. Then one seems the divots not populate here. The greens were OK. Too bad that the place is not better maintained. What's more, playing is very expensive in this square: Per person GBP 165 per person. For this price you get only about 20/25 balls on the small range, where you have to knock off mats. If you want more balls you have to pay. This may not be in such a green fee. We have sent Gleneagles very fond memories of the Ryder Cup in September 2014. It was therefore right to play here really worth it does in the face of the state.

We played the PGA course at 07/22/2014.
The ambiance was quite impressive including the attached hotel. The first stands were delivered and reporter pointed sparkled already around in the system. We had one of the last four tee times, after which the place was probably closed now.
It is a parkland course is very well laid out. Care state corresponding to the claim was very good, the tracks varied ripe.
To what extent justified a green fee of 175 pounds is everybody has to decide for himself. We found, for example, the Sam Torrence course at St. Andrews (Links Course) for 50 pounds from the price performance ratio better.
But when you play ever a Ryder Cup place :)

We regret that we have ignored the warning. Also in mid-June was the Centenary place in a very bad condition. The green fee of € 195, - per person is not justified. Just disappointing!

We have played the course in early May 2013. £ 115 so we feel the Rydercup before. The place is was \ remodeled. That is the time to play on a better field. This will change course again. What we was not happy that no one has said anything... You feel a little ripped off. So if you bay, ask for the condition!

The system as a whole is very nice... Would become almost more cigar smokers ;) 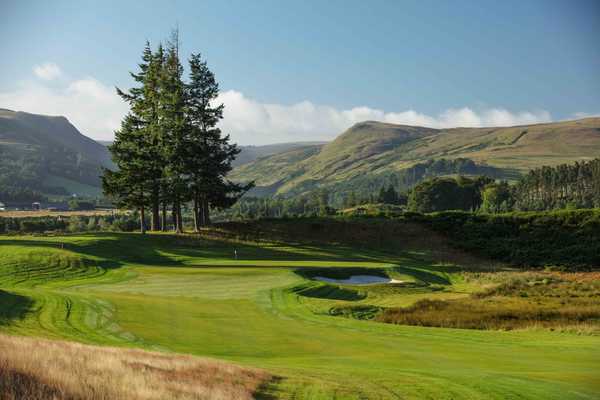