Rumble in the jungle

Also repeated games makes the place not boring. The challenges arise from the length of the course as well as the partly narrow landing areas, if you play from the back tee boxes. Highly Recommended.
The staff is very hard. Our bats were cleaned after the round (perhaps due to the tip). Our bags we could go to the round of Proshop leave the transportation Hotel-designed golf course hotel to avoid. Played we have early February 2017th

Less classy than expected, but nice

A scenically beautiful place (Parkland near the forest) with many interesting trees, but without the very biggest highlights. The sea is only seen by only a few tracks in the distance, also tarnish on certain holes many houses (it's at a resort) the overall impression.

Game Technically reasonably challenging, however, mainly due to the length. In particular, the Par3s are crisp (up to 219m). A couple of very nice downhill drives make a lot of fun. A few water hazards, but some fairly large bunkers. Stark undulating fairways, excellent maintenance condition!
Legal large, interesting greens, some with strong breaks.

A cart is strongly encouraged. The way durch's Resort are of infinite length and not always well marked, so you can easily get lost.

It is unfortunate that the resort makes a on "very classy" - but it is not the end. No BagDrop, no cleaning of the bat after the round, no ice-tank on the carts - in short, a lack of the things that distinguish the really "better" resorts. Thus, compared to other places in this area slightly higher prices are, at best, be justified by the standard of maintenance.

Conclusion: Would love again when the weather playing (we had continuous rain, the in between then even more violent "turned up") - certainly more than once. Despite the many houses, above all because of the great care state concise 4 stars. (In "Golf Ranking Bear": 7 out of 10 points.)

Place in great care condition and very exciting to play, created by taking advantage of the existing topography, can absolutely compete with European top-places!
Staff very friendly and helpful, Zimbali can fully recommend!

The most expensive place of our trip to South Africa to Durban, with Cart (a must due to the long distances between the paths, up and down), a whopping 35 EUR / pers. :-) For everything you get offered what can beat the golfer's heart: professional reception, spectacular design and a maintenance state from which one can only dream about in Europe. Certainly one of the finest golf courses of South Africa!!

A great golf course with spectacular holes, varied and interesting. Some berab-holes with great views, since one could almost forget on playing. A must for any avid golfer. From Durban on the highway no problem, back on the M 4 along the Indian Ocean. A Super-entry into the new golf year 2015th

One of the best places where I've played. Spectacular and sophisticated with lightning fast greens. Necessarily play itself is worth a trip from Durban! 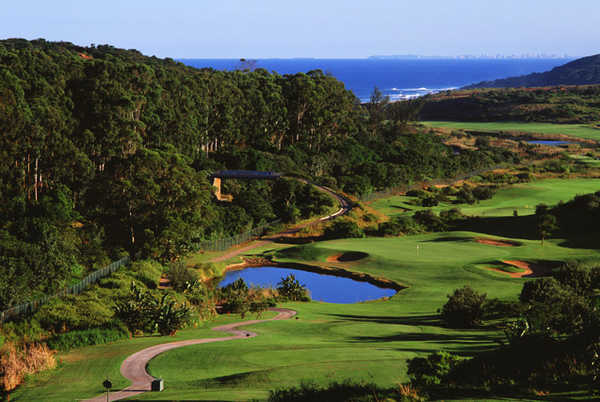