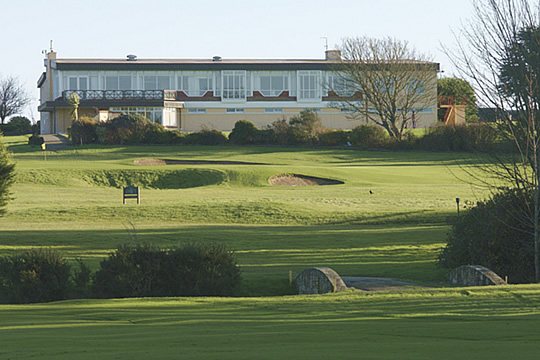 One hundred and eighteen years is a very long time by anyone’s estimate. In that period, the world has seen a couple of world wars, more than a few other skirmishes, man landing on the moon, prosperity, economic growth and prosperity and our own fair isle move from colony to independent state.

In the same period, golf has been played on a formal basis in Tramore. But for two or three years prior to that, there are reports of golf being played at the Back Strand. Tramore Golf Club was founded, according to the official records of the Royal & Ancient in 1894.

In the intervening years, the club has prospered, grown and developed into one of the premier course in the country. It has relocated twice, firstly from the Back Strand to Graun (site of the current racecourse) after the great storm of 1911 and then to its present site at Newtown after the racecourse began to thrive with the consequent impact on the golfers!

At each proposed move, there was debate, discussion and more than a few arguments but subsequent reports and records indicate that such moves were for the better.

And so it was in 2005, when a special course committee was established to advise on the future development of the club. Changes to the infrastructure of the town meant that the entrance to the club had changed and Jeff Howes Golf Design was engaged to present a blueprint for an upgrading of the course.

The proposal was a brave one which added nine new holes and also saw the upgrading of the existing championship layout. What followed over the next four years was a project that was to transform Tramore Golf Club.

“It was an interesting time!” remembers current captain Fred Blackett. “The committee put a huge amount of work into the proposal and Jeff Howes produced an excellent design. But there was some lively debate!

There was no hint of the Celtic Tiger meltdown and the cost of the proposal was modest by those standards at the time.

It was still a brave decision by the members, just as our members before us had done in 1911 and again in 1939. This development is for all those who will come into the club in the future and I have no doubt that history will record it as another significant and courageous choice.”

The rolling design project saw the new nine built and opened before one of the nines on the old course was taken out of play and redeveloped and though bad weather had some impact, Tramore Golf Club stands proud today with 27 holes and a championship layout that has propelled the club back to the forefront of Irish golf.

It has already hosted the Irish Boys Championship as well as the Women’s Senior Home Internationals in 2011 and is due to host the Irish Amateur Close Championship in 2015. All of the greens and tees are now designed to USGA standards and the changes that Jeff Howes has brought to the course have directly contributed to the elevated ranking that the club enjoys on the national and international stage.

The par four fourth is a prime example of the vision of Howes. Already one of the iconic holes on the championship course with a tee shot to an elevated plateau before a dogleg straight back across a stream, he changed the direction of the hole and constructed a new green inside a tree line that many would not have expected. And the hole is still as challenging as the original.

The fifth hole may be short but tee shot positioning is essential to be able to negotiate the narrow approach to the green.

Strategic bunkering on the seventh hole has transformed the approach to a green that now skirts the trees, while a redesign of the par five ninth now presents a classic risk and reward challenge.

Another hole that has been transformed is the thirteenth. Two drains have been removed and a meandering stream that runs across the fairway before bordering the green, now focusses the mind from tee to green.

The closing four holes had always been a challenge and many a card had been ruined but clever bunkering had seen the par three fifteenth become a real challenge. The addition of a lake in front of the par five sixteenth again presents all golfers with a classic risk-reward challenge while the bunkering and green design at the final hole means that concentration is required right to the end.

And the new Newtown nine is a layout that challenges from the initial tee shot through the narrow trees to a green just 300m away all the way to the signature ninth hole – a par three that requires accuracy and proper club selection.

Between them, water comes into play around Tramore’s Amen corner. The downhill par four third with its green set out into the lake, the 181m par three fourth that has water left for the final 60m with a prevailing wind always blowing into the lake and the par five fifth that requires accuracy from the tee as the hole winds its way back up the hill.

And preparation has been also taken into account with a new putting green in front of the iconic clubhouse as well as a bunkering and short game area that has paid dividends already for the many teams that Tramore enters into club competitions.

The large clubhouse contains ample changing facilities for members and visitors alike and afterwards, it is a pleasure to indulge in the ambience of the bar and restaurant which boasts full catering facilities and a friendly welcoming atmosphere.

Friday’s are particularly busy with an Open Singles competition that runs year round and offers golf and food for just €25. Another great deal sees a fourball including food available on a Tuesday for just €100. Society packages are available year round while a Newtown Nine ticket is available which offers unlimited golf for €300. And of course, the annual Open Fortnight is an event that has attracted golfers from all over the country since 1906. The club has a fully integrated online booking facility for members and visitors alike.

The members of Tramore Golf Club are proud of their new design and justifiably so. It is one of the premier parkland courses in the South East and as the new design settles in over the coming years, Tramore will be back where it belongs at the top of the heap!

For further details and information on Open Fortnight 2012 which runs from August 11 – 26 can be found on www.tramoregolfclub.com

Very little has changed about Tramore Golf Course since it was originally constructed, with it maturing into one of the greats after less than half a century, and in 1987 it was awarded the first of its 3 Irish Close Championships, won that year by Eddie Power.

At just under 6,700 yards off the tips, Tramore is a fair test for golfers of all abilities - but don't be fooled by its undeniable beauty, all it takes is one stray shot to ruin a potentially respectable scorecard and leave you thinking. 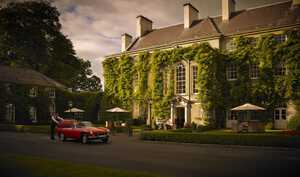 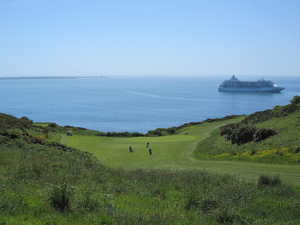 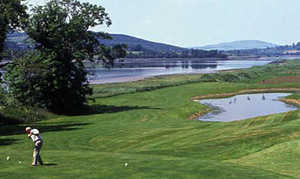 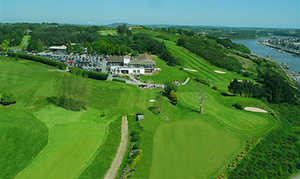 08/26/2019. Hcp 4 and 16: As so often in Ireland an old, traditional golf club. Super friendly reception. € 40, - green fee. Very well maintained and quite challenging Parkland Course with everything that goes with it. Greens are topdressed weekly (Tues.) (lightly sanded), which has disappeared after 2 hours. A real recommendation away from the (expensive) tourist places. Tramore is a small coastal town with a huge beach.

Many thanks for your kind review.. we hope to see you back at Tramore Golf Club in the near future. Kind regards Ger