The St. Nicholas Course is a beautiful Seaside Links that is quite challenging to play. On Tuesday the 4-Ball costs £ 200, a bargain for this course ... !!!

Classic as it gets - right on the sea - at almost every track has the salty taste of the sea and listen to the surf - at least on a day like this at one of the wind blows around the ears!! A dream! Better is not "Golf Links"!

Toll, each hole a poem.

Oh, if I could only become a member! A place to my liking. The sea is practically be seen from every hole (unlike in Prestwick GC). The place is outstanding by its topography and its condition. When I played him in the early morning in August 2015 came the night before the water masses from the sky that could not drain as fast even this sandy place. Unfortunately, stood on some greens even temporary water. At my request, although there was no discount after the game, but at least a logo ball for nothing.
The best part: I as a single player had to wait behind a 4-ball only at the Par 3s. Two members were trying catch me since the first hole, but only made it to the 13 because of the 4-ball played his round in 3 hours. The two then invited me in the clubhouse even a drink.

Been to Prestwick St Nicholas Golf Club? Share your experiences! 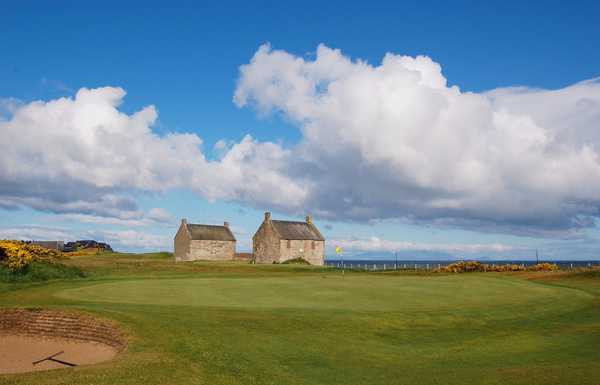