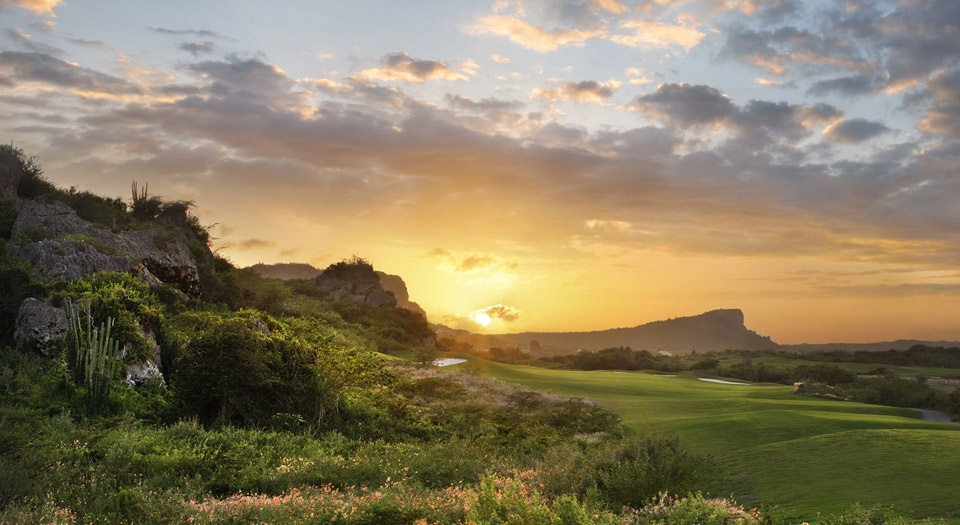 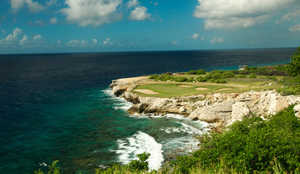 We (HCP 18) played the course in early February 2022. I always find $390 an announcement, because in the end you don't play more than 18 holes of golf, even on the most expensive course. The course reminded me of Val de Lobo in Portugal, where you more or less have your own valley for each hole. Of course, this requires an enormous amount of space and you can safely drive 10 km with the buggy. That certainly explains the price, but it doesn't increase the joy of playing. Some of the fairways are a bit adventurous, but not uninteresting, although sometimes you can't see the direction of the game.

Driving range and practice green about 2 km from the clubhouse.

Conclusion: exciting golf course, but in terms of value for money it doesn't suit me. I liked Blue Bay much better.

Played on 18.03.2018. The very extensive 18 holes are in the area of ​​the Santa Barbara Plantation Resort. At the entrance you have to sign up for a short time and then drive again almost 5 minutes to ProShop / tee 1 or the hotel. Everything is well signposted. The nice lady in the well-equipped and cooled Proshop serves a friendly. The green fee is staggered depending on the season. We had a start time for 14:30 clock and pay 125US $ per person incl. Cart. The cart is equipped without GPS but with a box of ice and four dry and wet towels. Water you can fill yourself on the road at various discounts. The starter sent us then also directly after our arrival on the round, the game operation was at this time at least very manageable. The holes are very varied and also offer the ambitious golfer all the challenges, with most of the fairways from the tee off are very open and thus higher HC should come clear. But it makes sense to take some spare balls with you. There are a number of bunkers and Wasteeareas apart from some height differences and water hazards and doglegs to deal with. Only the first two lanes lead along the Caribbean Sea, the rest criss-cross the resort. The paths between the tees are already a bit longer, so the Cart duty makes perfect sense. After train 4 or 5, you will pass the driving range, which is unfortunately quite far from the first tee and is thus hardly used. By the way, after 9 holes you are not back at the clubhouse, but somewhere in the middle of it. You play among others at a small marina or one or the other house, but this is not disturbing, over. Most railways lie between the natural hills of the Arizona-style resort. The condition of the greens was absolutely perfect. They were like carpets and very fast. However, we were a bit disappointed by most fairways in contrast. Here there were some larger bleak places and different grass cover and many places that were marked with soil in repair. Greenkeeping seems to focus more on the greens. Therefore, only four stars, even if the place of all three places on Curacao is certainly the best. We wanted to eat something before our round. However, the restaurant located directly at the clubhouse had closed. We were then sent to the hotel, where there are several restaurants. Since we only wanted to eat a snack, we opted for the pool restaurant. There, however, we waited for our order about another 45 minutes on our snack, which was then only mediocre good. After the 18th train we saw that there was another restaurant (19th hole). Since the 18 but ends somewhere at the other end of the hotel, unfortunately we knew nothing of it. Nevertheless, we would recommend a round on the Old Querry.

The Old Quarry Golf Course is certainly one of the most beautiful places I have ever played. He is in excellent condition, the fairways are like carpet (not to mention all the greens), the service at the Club House, with the carts and on the course are excellent. Every day, reconnected the tees and pin positions.
The course is challenging but forgiving. In particular, the constant wind makes some incredibly long holes and partially unpredictable, this is especially true for the two initial holes that lead parallel to the sea and certainly brought some, equal at the beginning to despair. Nevertheless, those two are just because of their proximity to the sea of ​​the most beautiful place. More interesting, beautiful and challenging holes are certainly the 6,12,15 and finally leading to the sea 18 Despite the price is worth every minute on the Old Quarry Golf Course.

Been to Old Quarry Golf Course? Share your experiences!