A new 18-hole, par 72 golf course designed by P.B. Dye, on the same footing as the best courses in the world, where he has left his own personal seal with a vertical movement of the route and a peculiar work in stone. Located in the Iberostar Bávaro complex and surrounded by incomparable natural beauty, the club offers food and drink as part of the All Inclusive system, as well as a Club House and equipment hire for playing golf. 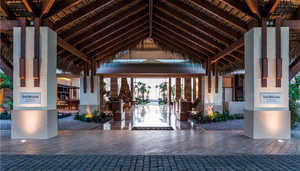 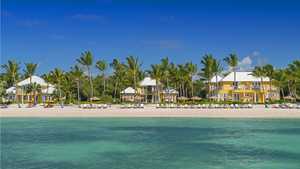 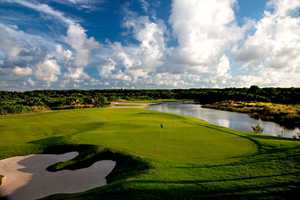 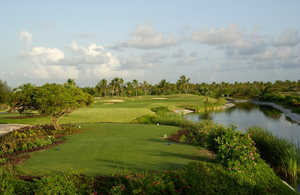 The course, which is very good in terms of layout, around 6,140 m long from the rear tee, has interesting holes with relatively large, undulating greens that were reasonably fast.
Course maintenance so-so, rather the weak point, fairways not so great, bunkers to play relatively well.
Place a little hilly, with some large bunkers and sometimes strategically well placed water hazards.
You have to play space more often to achieve a reasonably good score.

Long cart paths between the fairways are also negative, so walking the square is not offered. This is also not customary in the DomRep.

Yes, it is a hotel place and certainly not a particular challenge for lower HCPs because rather short courses and wide fairways. But from the rear tees black or green it quickly becomes more demanding.
Absolutely well-kept and greens, as they are often raised, should be hit exactly - the ball then likes to roll a few meters down the slope.
Very pleasant and relaxed atmosphere. Then I became and will become a repeat offender again. Super value for money

Nice, quiet round with permanent catering

I played this place as part of the family vacation alone while my wife and child relaxed on the beach.
Since I had my travel golf equipment, I was offered a price of 109 USD incl. Transfer from the hotel Palladium Punta Cana to the golf course, which was non-negotiable.
This was true for a tea time in the afternoon.
In the morning 18 holes would have cost 129USD.
I played the court on May 27,2019.
There were a few in front of me and just a really good single player from Spain behind me, which I waved through without any problems.
The place was well maintained and the green very fast.
The bunkers were no problem as the sand was as firm as concrete.
During the round, a supply caddy with free sandwiches and drinks incl. Beer and rum came by three times.
At any time gladly again, because everything had worked on time and reliably.
The rackets were even after Car return, which was also included in the price, individually cleaned.

Been to Iberostar Golf Club Bávaro? Share your experiences!