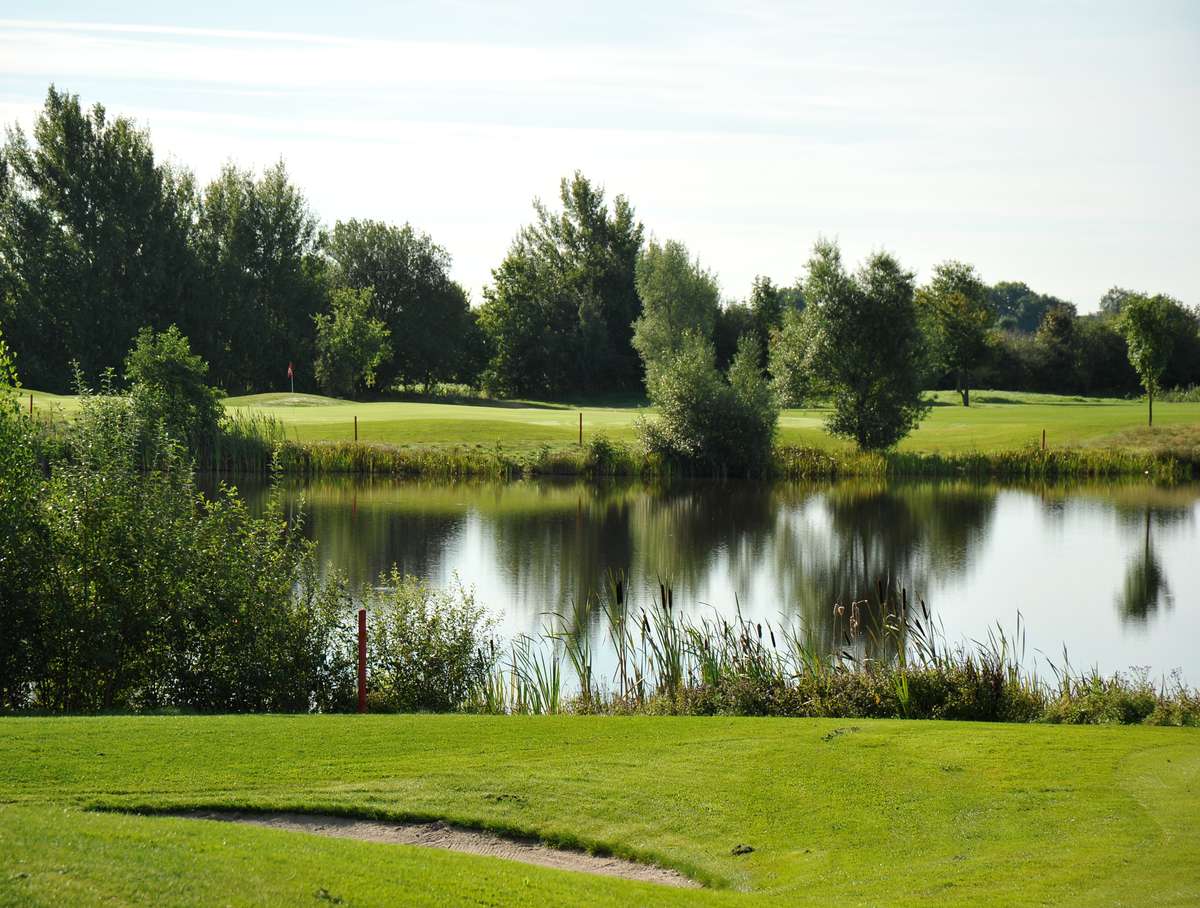 The holes of the 18-hole championship course offer with 5 tees adequate levels of difficulty for golfers of all handicaps. Almost 3,5 ha of water surface with numerous new plantings- 800 trees and 30 000 bushes - give the course an unmistakeable character. 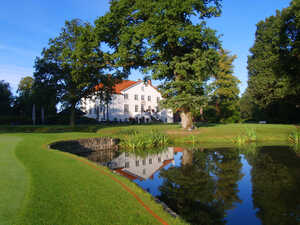 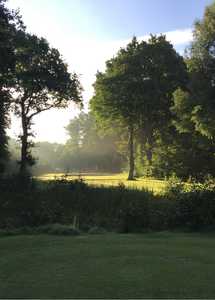 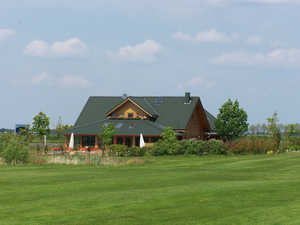 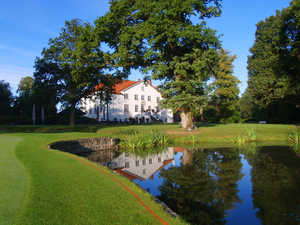 Unfortunately, the challenges except the length are within manageable limits. Only a few intersecting trenches and a few fairway bunkers, which stretch almost over the entire fairway width, it is from the game to take. This is partly not easy without knowledge of space, because these obstacles are not always clearly visible. Otherwise, you have to sprinkle so much to forgive the ball in the high rough, the tracks are very broad.

Until the green so no problem. The greens themselves are defended by some bunkers and moderately undulating. Very loyal, but not very fast. The care condition of the greens was very good, for which the greenkeeping team has earned extra praise for the prolonged drought period! The bunkers were in good condition - the fairways unfortunately not always. Although mostly playable, they still showed some (due to the climate) brown and bald spots.

Scenic, the place is not so much ago. It is just a large meadow with some beautiful trees and forest on the edge - it lacks so a few any spectacular highlights. Par-3-s of up to 200m are still the tracks that are most likely to be remembered. The few water hazards are mostly stored sideways, so they are rarely in the game.

Sensitive people may feel disturbed by the noise of the street noise on the front nine at a few holes - in the back nine it is wonderfully quiet.

A cart is recommended because the space is very flat, but the paths between the tracks are sometimes quite long.

Conclusion: You can take, if you are in the area. Extra driving is not worth it, the risk of repetition is low. Just three stars. (In the "Golf Bear Ranking": 5 out of 10 points.)

A day before the club championships played. Very nice pro shop. The greens in impeccable condition, not easy to play. The fairways after a long summer with many burnt spots. The holes long but not very varied. You can not play, but you do not have to.

One of the most beautiful places far and wide

The course is a lot of fun to play, the fairways are in top condition, the rough absolutely fair!
The greens need to get even better, but the winter was long... Dale and his MA were very nice as always!