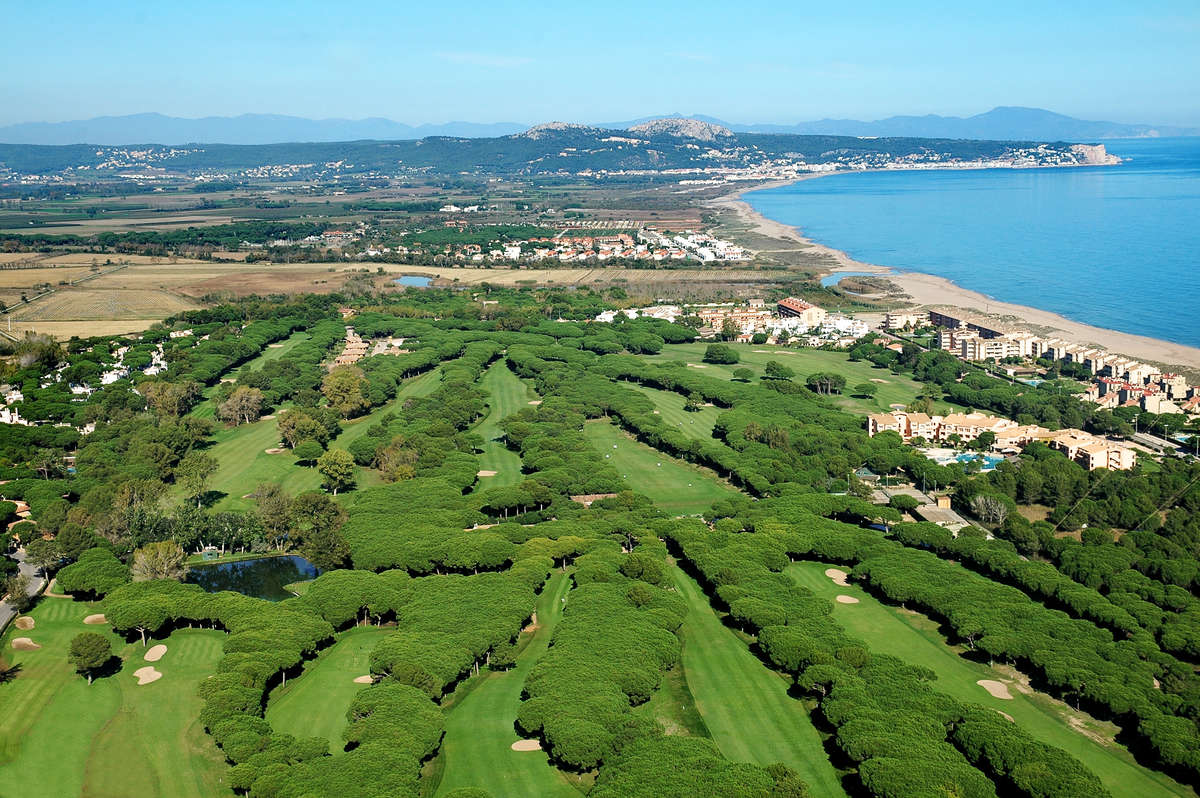 This 18-hole-course was styled by Fred Hawtree and was opened in 1966 as the first one in this region. The fairways of this beautiful course are partially arranged very narrowly, bunkers defend the greens and the whole course is perfectly trimmed.

Visitors are welcome every day.
A valid handicap certificate or card is required.
Handicap limit: 36 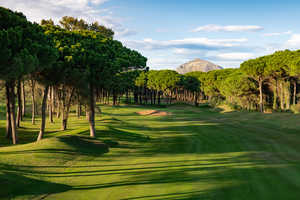 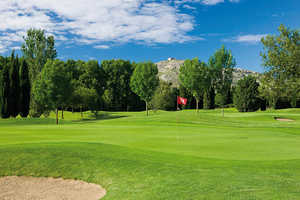 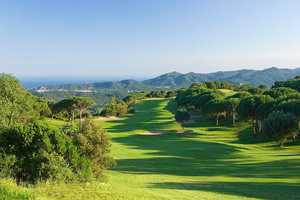 Driving along the approach road on the west side of the course looking in, one would expect a truly seaside golfing experience. However, although it is indeed right by the Mediterranean, it does not offer even a single glimpse of the water! The whole course was carved out of a thick and mature pine forest, leaving most holes lined with the beautiful trees. Unfortunately, that also makes them look and play about the same., especially the front nine, until the end of #8 where one finds a good sized reservoir, which due to lack of upkeep, has turned more into a cesspool then decorative pond. The monotony of tree lines is broken on the back nine, but sadly only replaced by houses!

Yet it is a fine course, but the major criticism is how it is being run. After sending off a twosome, the starter insisted that following twosome paired with another twosome who played the back nine first, saying the course is "full". Yet he started a single right after them, to be followed by a threesome! Also, there is no excuse to shorten the course by placing only red and yellow tees way forward of what are marked on the tee boxes as well as on the scorecard. Even with such deceptive moves, the round took FIVE hours on a week-day in May as there was no marshaling to let some deliberate clients know that there is such a thing in golf known as proper pace.

You can play this beautiful golf course very well. You have to be precise. It's a lot of fun

The course was opened in 1966 and is the oldest place on the Costa Brava. After playing almost all the other places on the Costa Brava in 2 years, this was the last place on our to do list. It was a lot of fun. Top maintained fairways and greens. Very nice staff. The whole complex exudes a traditional atmosphere. You play within a great park landscape with mostly old pine trees. Sure, you can not compare this place with eg PGA Cataluna, but it has to be played first. Who can just beat is clearly in the advantage :-) Buggy not necessary. Water at two fairways. We will be back.