The Hotel is closed until early February 2021. 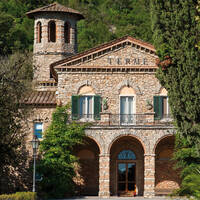 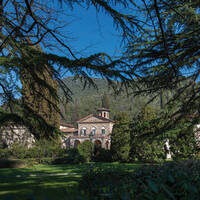 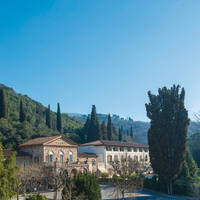 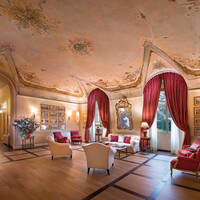 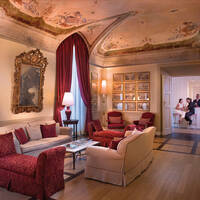 In the heart of Tuscany, about 50 kilometres away from the cultural metropoles Florence and Pisa, a resort that has no equal is situated like a hidden jewel. Not only the location in the middle of a century-old park, but also the elegant arrangement of the small and mighty hotel, the unspoiled state and the silence of the environment and of course the thermal spring, which in the end made the Grotta di Guisti Resort famous, fascinate the visitior. The history of the thermal grotto already began in 1849 when they discovered the grotto with the seemingly mystical dripstones during excavations. Today the 34° warm thermal water proved itself for bathing therapy and also has a positive influence on respiratory diseases. The steams of the mineral-rich water causes at the same time a “health bath“, which purges the whole organism and leads to a general good feeling of the whole body. You take cure here in three different rooms, which lead from the entrance to the deepest part of the grotto, a little lake with a constant water temperature of 34° forms the completion. Over 60 different practises, from Fango over Asian massages to beauty treatments spoil the guest.

But not enough, in the park of the hotel there‘s a swimming pool, a fitness trail and a tennis court waiting. The well-recovered golfer can test the new feeling of his body during a round on the 18-hole-course of the Montecatini Golf Club, which is only a few minutes away. The fairways of this nice old course snake between olive trees, hills and a softly mounting landscape with view on the Tuscan Valdinievole Valley. To crown the day the hotel invites you to a cocktail into the show-piece of the house, the “Sala Giusti“ or to a traditional and low-calorie menu à la toscane, in one of the two restaurants. A first-class feel-good temple!

The course spreads along the Tuscan hills, without affecting the landscape. It was remarkably managed to integrate the natural features of lakes, creeks and forests of the hilly landscape into the fairways…

Not very pleasant for us!

Room needs to be better described. Golf course was OK. A large tour group from Poland was very disturbing. Every night loud parties under our window. Despite call to the front desk. The buffet in the morning was in the three days presence of the group grazed... Probably they get otherwise not much to eat. It was not pleasant as it was a very loud group.
The travel company should inquire in advance how many buses or groups will be there.

The room was a bit small, unfortunately had only a shower in the tub and only a sink in the bathroom. Negatively noticed is the mold in several corners in the bathroom. Prices for drinks, especially at the pool, excessive.
Staff overall great; especially the waiters at dinner. The quality of the dinner (included in our package) was good and varied.
The golf course was within 10min. to reach by car, in good condition, but relatively unspectacular and not particularly difficult to play. 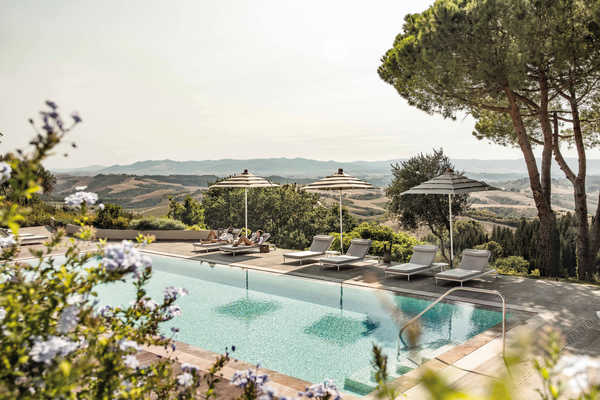 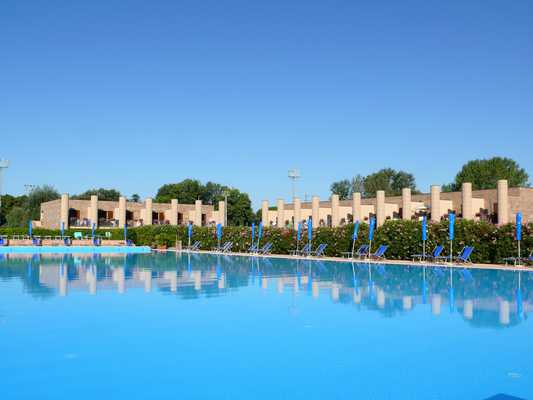 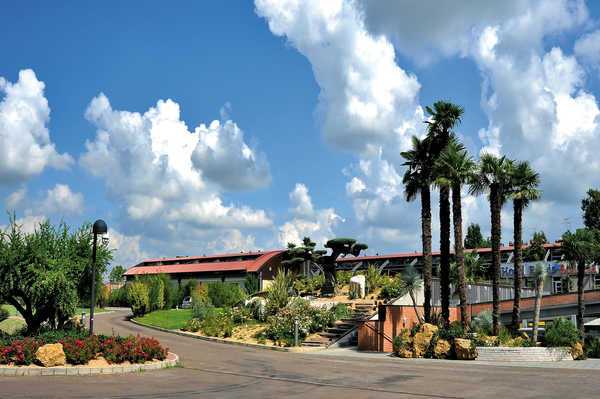 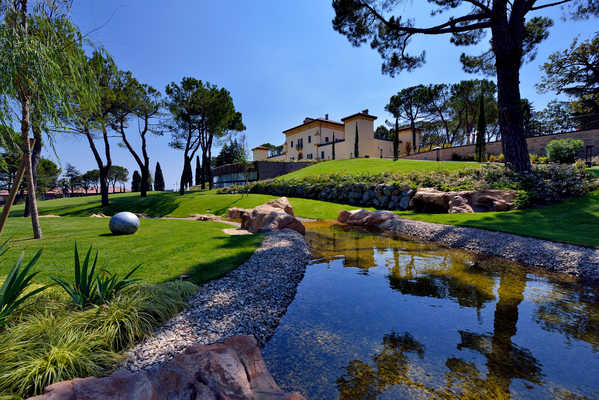 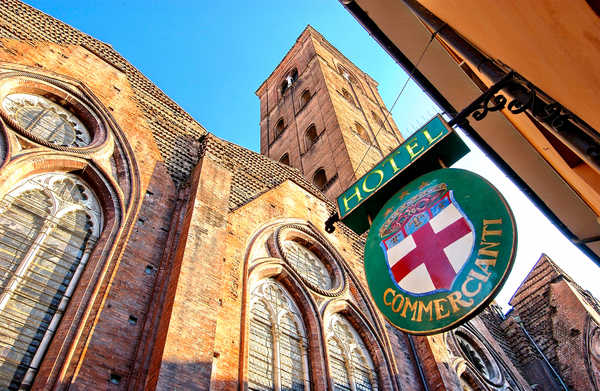 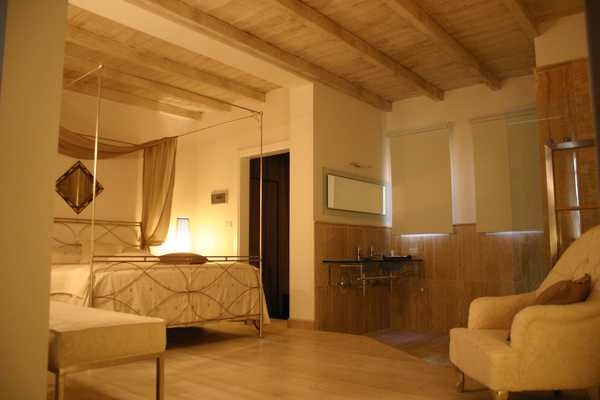 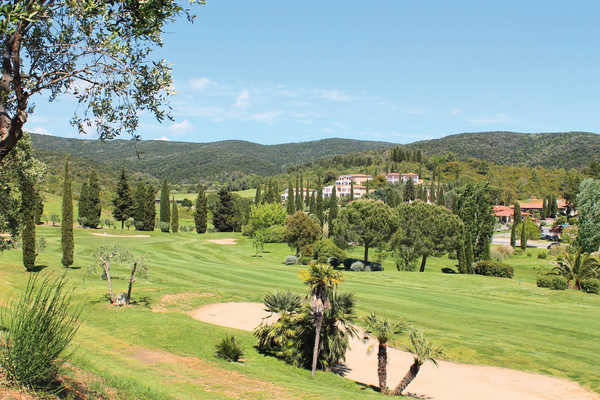 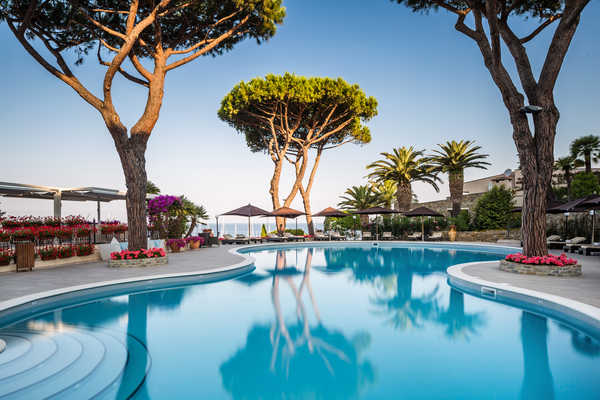 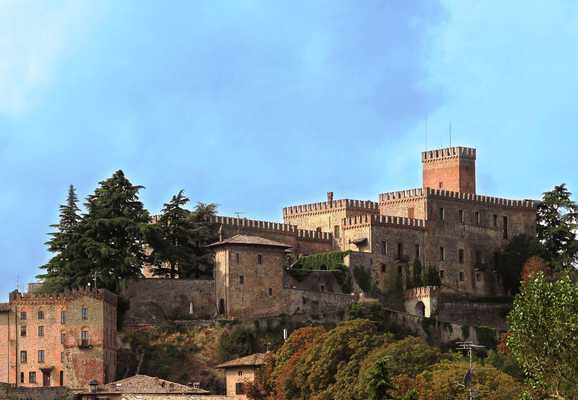 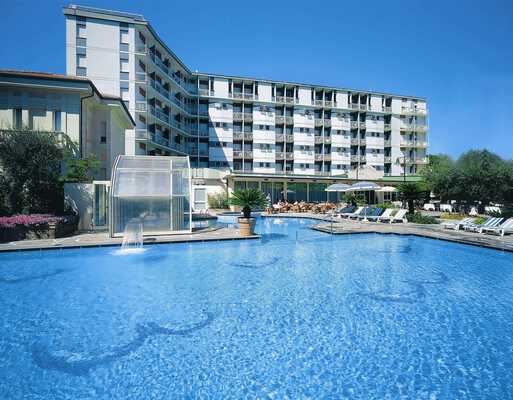 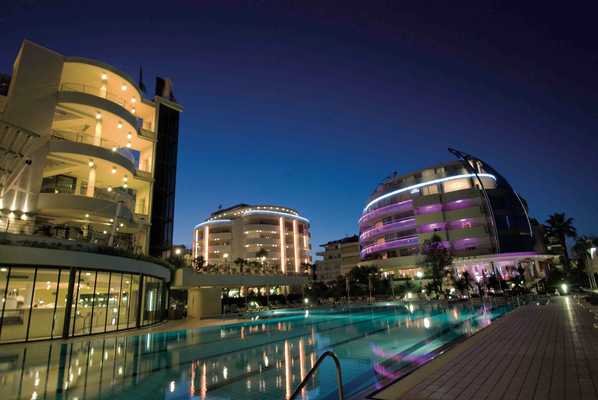 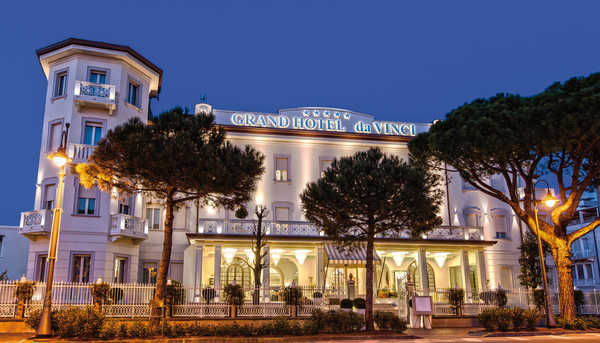